Witnesses, a fundamental part of bullying

Witnesses are a fundamental part of bullying situations. Bullying continues because it has an audience, a public that passively or actively supports it.

Another of the serious problems we face is the imposed law of silence. Snitching or being a snitch, is widely ingrained as something negative. I have repeated it in the media: telling or communicating what happens to you is never snitching, but it is a tool widely used by the stalkers to silence their victims. The stigma of being a snitch chases after the harassed, and that’s what the aggressor relies.

Let us emphasize our children and students, as many times as needed, that defending themselves, informing, telling… is NOT snitching. It is an absolute priority them to tell it to an adult (family, teachers…) they are confident with, but not to tell it whenever they witnesses an aggression, or if they themselves are suffering it. It is necessary to instill confidence and absolute freedom for them to tell everything as they will never be judged or questioned. The visibility of aggression is the starting point to eradicate violence in classrooms.

As already mentioned, witnesses are direct witnesses of aggression or aggressions. There are four types, depending on the degree of involvement:

There are increasing initiatives that involve observers as the main force in the fight against violence in the classroom. From ZeroAcoso we have it clear: we must empower our children to be confident in themselves and in the adult, to be aware of their protection needs will be heard and answered. And work with witnesses to act directly or indirectly.

There are many ways to deal with bullying. Somehow, we are all responsible for empowering or eradicating it.

“Being silent when you know it is unfair, is the worst of cowardice.” 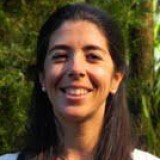 ZeroAcoso, the app that combats bullying